How Cold Is Too Cold For Your Air Conditioner?

With colder weather dominating most parts of the U.S., running your air conditioner is probably the last thing on your mind. But there are times when a quick burst of conditioned air comes in handy, especially if your home gets too hot or too humid for comfort. It's times like these that you worry about operating your A/C system when the weather turns chilly.

Air conditioners don't actually chill the air they move around. Instead, the air conditioning process involves an exchange of sorts, removing the latent heat found in indoor air and moving that heat so it can be released outdoors. The complete opposite happens when you use a heat pump to keep your home warm.

Part of that exchange depends on outdoor temperatures being above a certain threshold. The lower outdoor temps fall below that threshold, the less effective and efficient your air conditioner becomes at moving latent heat.

Without the right setup, running your air conditioner at low temperatures could prove unhealthy for your system. Most refrigerants used in residential A/C applications aren't rated for use under low-temperature conditions. Ordinary A/C systems can suffer from slugging, a problem where refrigerant enters the compressor in liquid form instead of vapor form, resulting in serious damage to the compressor and other A/C components.

Not only do most refrigerants behave differently under severe cold, but so does the lubricant your A/C system relies on. Running your A/C system during cold temperatures can put it at risk of improper lubrication, which could cause the compressor and other critical components to fail prematurely.

Wintertime A/C operation also puts your system's coils at greater risk of freezing solid. Extreme ice buildup can block off your system's airflow, effectively starving the unit of fresh air. This can also prevent your A/C system from working properly.

What to Do Instead

If your home needs a little cooling to stay comfortable, you're better off running your air conditioning system on "fan only." This option lets you pull cool air from outdoors or from cooler areas of your home, depending on your A/C system's design.

To learn more, contact an air conditioning service in your area. 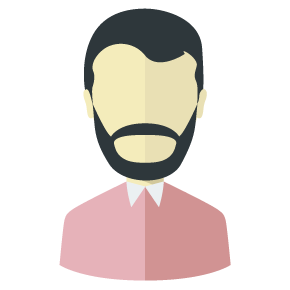 When it is exceptionally hot or cold outside, you might wonder what you can do to create a comfortable, stable environment for your family. Unfortunately, if you haven't been paying attention to your air conditioner or furnace, your system might have a few quirks you need to work out first. This blog is designed to help normal people troubleshoot their HVAC system by diagnosing problems early. Read here to learn how a few simple changes might make all the difference in the world. By doing something as small as replacing an air filter or cleaning a cooling coil, you might be able to enjoy a comfortable home.

Read in about 2 Minutes